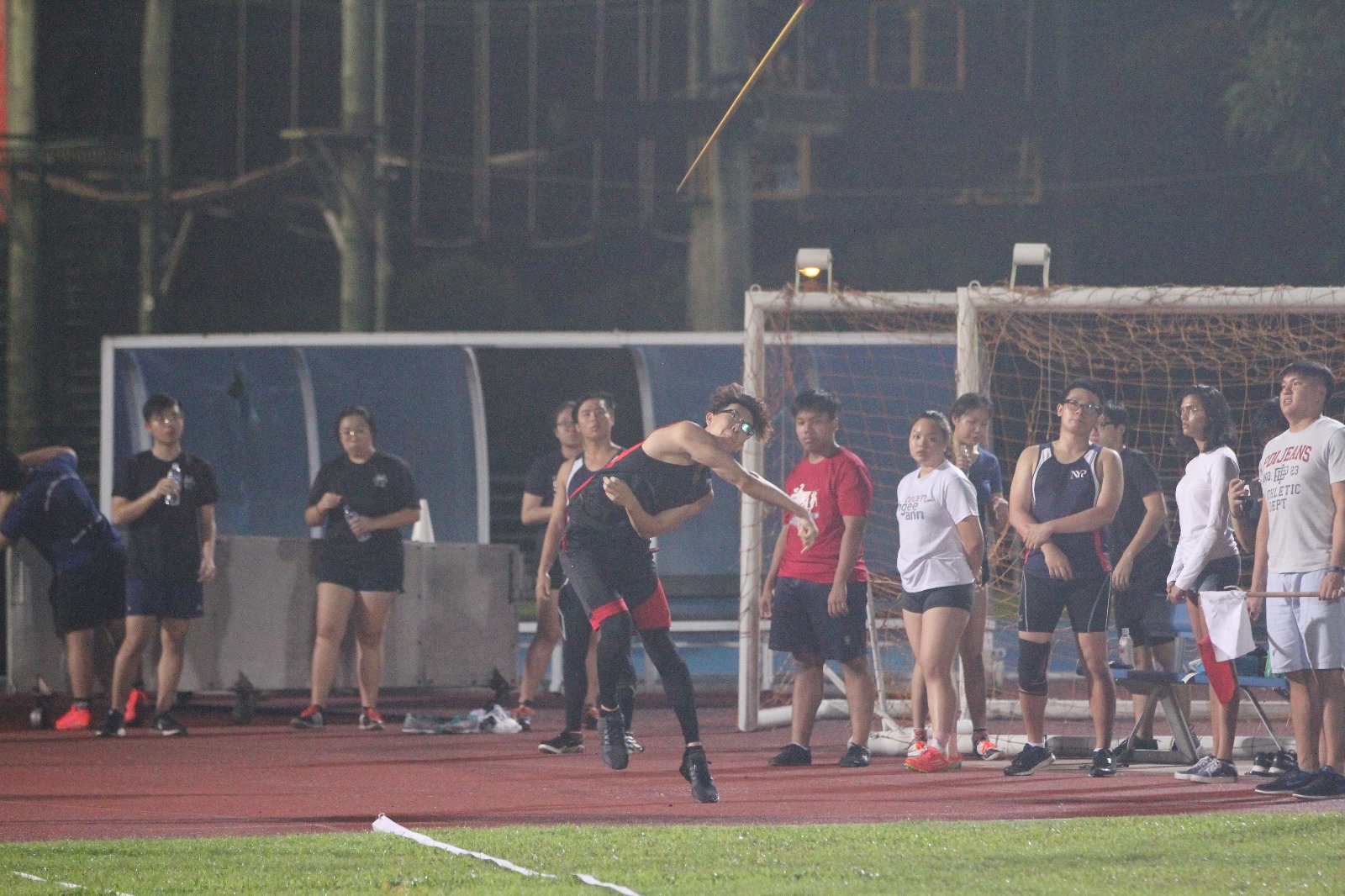 As with the first series, this meet is a low-stakes competition with modified events, run by volunteers and coordinated by members of the athletics fraternity - with the likes of coaches Steven Quek and Melvin Tan, Team Singapore hurdler Dipna Lim-Prasad, high jumper Michelle Sng and thrower Benny Lam.

Among the modified events contested during the meet were the 150-metre sprint, mixed gender 4x100m relay and scissors jump. During the first mini series held in March at Singapore Polytechnic, events such as 80m sprint, overhead throw and backward throw were contested.

National University of Singapore (NUS) runner Ma Sung Jun, who just joined the sport a few months ago, saw the meet as a good avenue to gain competitive exposure.

"I feel grateful to be given an opportunity to have an actual feel of competing in the sport," said Sung Jun, who took part in the 150m sprint. "Now I know where I stand and how I can improve further."

The NYSI Track and Field Mini Series is aimed at providing tertiary athletes with an additional avenue to compete, try out new events, and come together as a community. No medals are awarded and track races are hand-timed, to keep the stakes to a minimum.

NYSI is tentatively holding the third series at the end of the year. 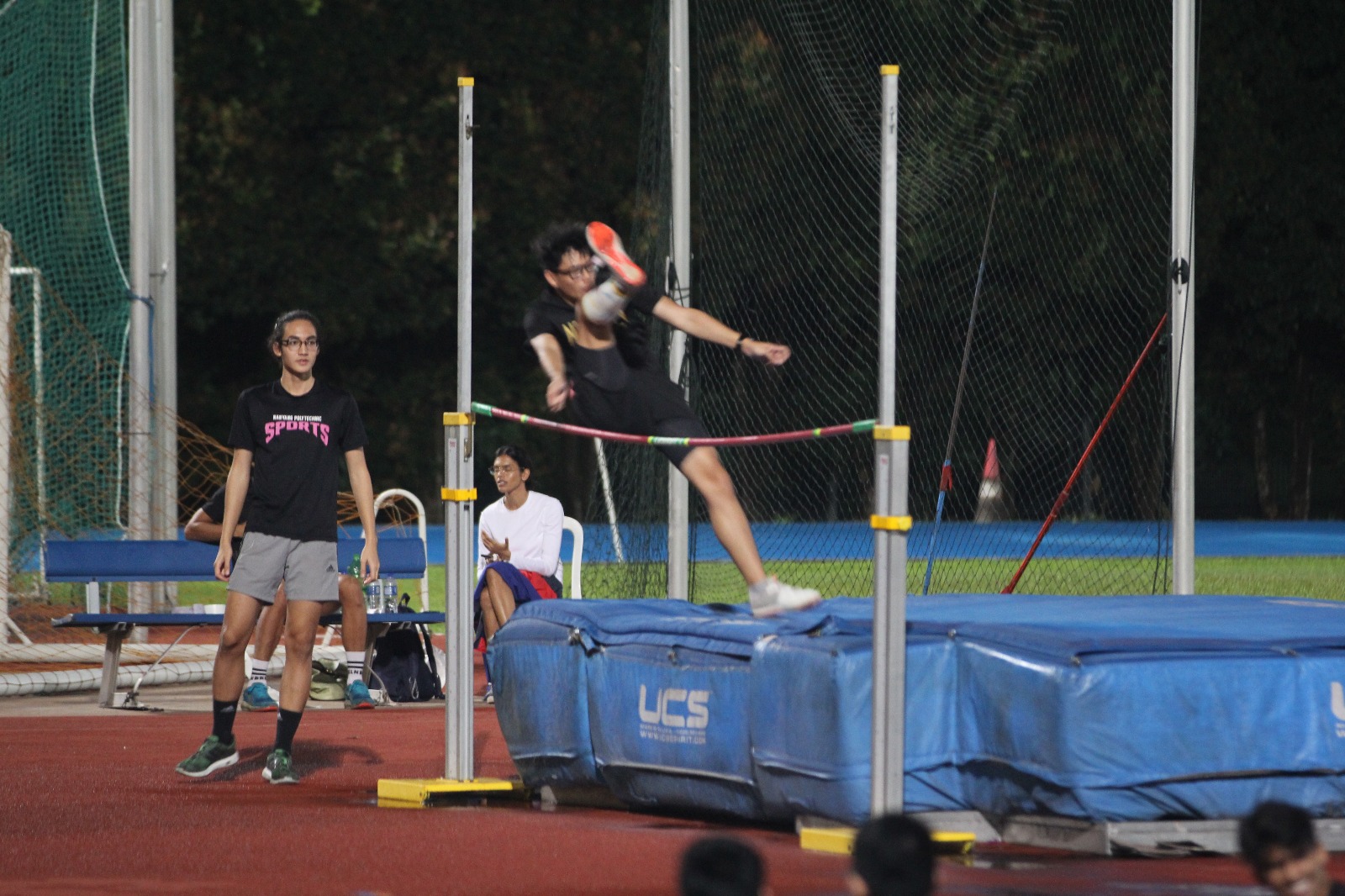 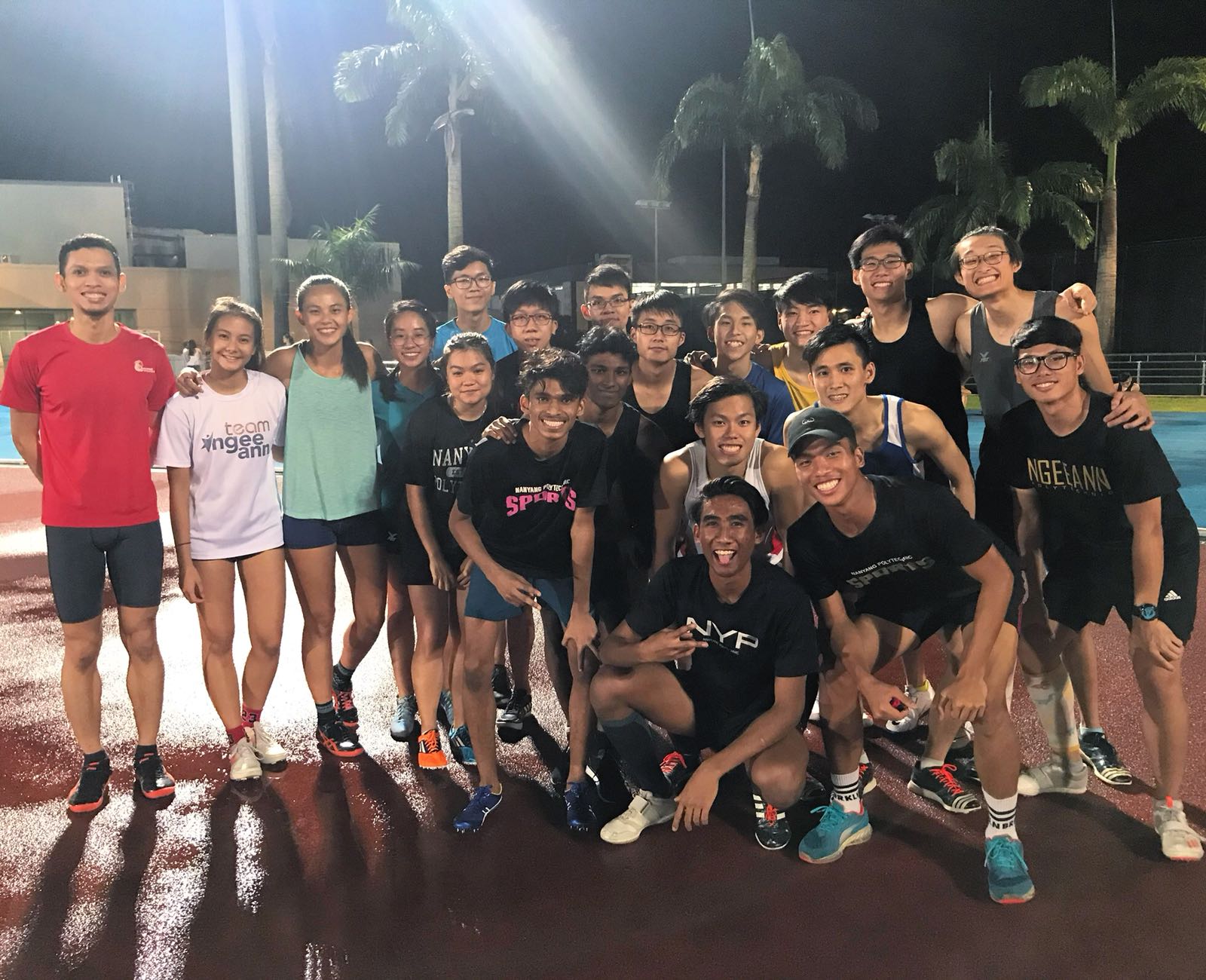 Participants of the jumps events pose for a group photo. Photo 3 courtesy of Joben Koh/Nanyang Polytechnic. 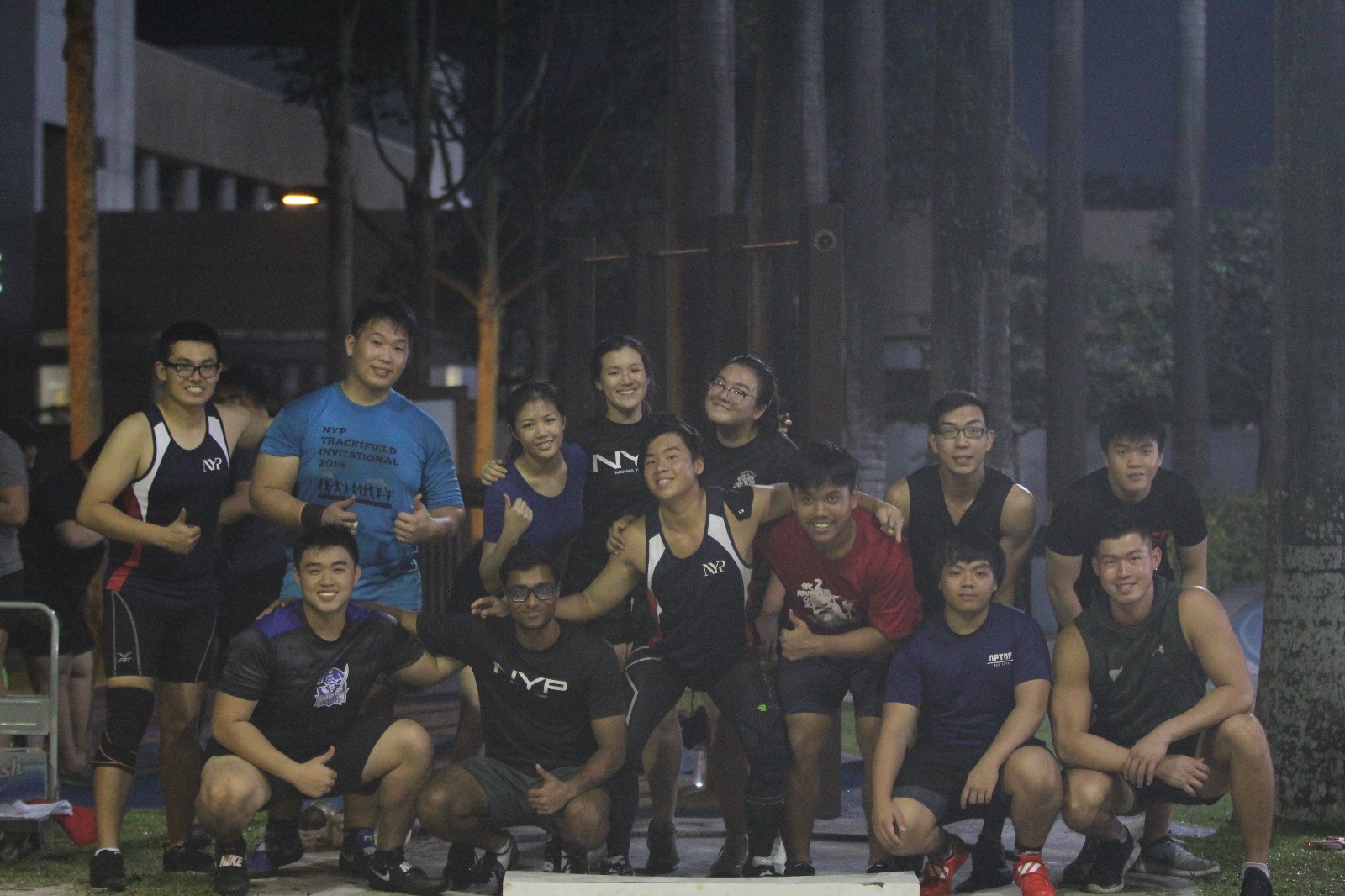 Participants of the throws events pose for a group photo. Photo 4 courtesy of Joben Koh/Nanyang Polytechnic. 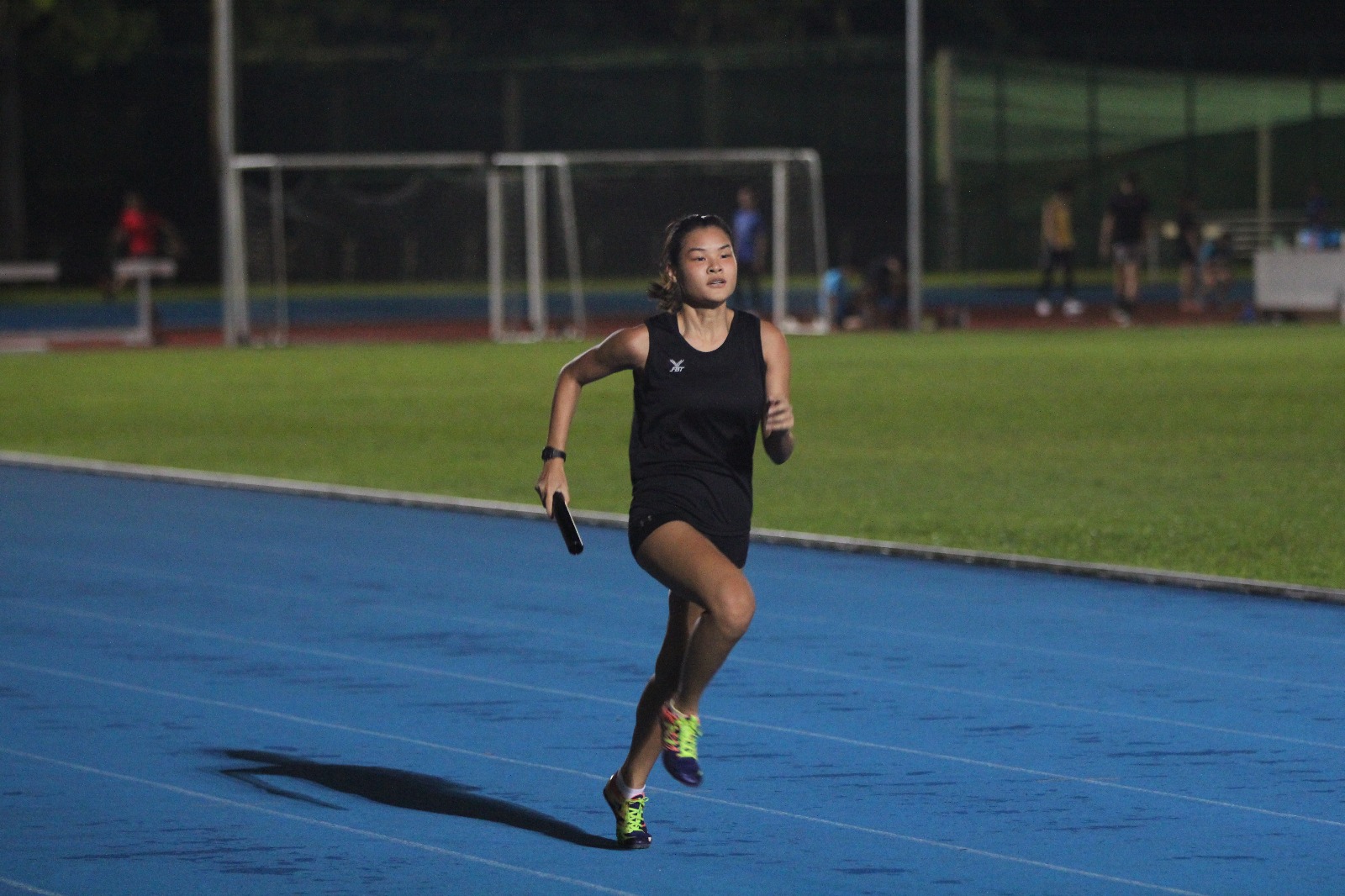